Healing Miracles in the Jungle of Sabah 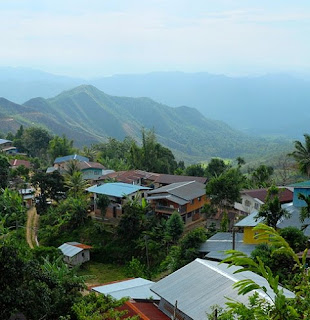 In October 2009, Pastor William and Pastor Lucille, the founders of The Elijah Challenge conducted the Basic Training in the state of Sabah, which is located in Malaysian Borneo. The Lord was gracious to move very powerfully through the trained believers at the climactic Evangelistic Healing Rally. Please view the report at The Elijah Challenge Report - Malaysia

After Pastor William and Pastor Lucille left, doors began to open for these disciples as God began to use them miraculously. Here is the latest news. Recently, twenty of the trained disciples loaded up in off-road vehicles for a trip into the interior of Sabah. They traveled to a village where 77 people were waiting for them; these villagers had heard a testimony about the God who heals. Many of them who came had physical infirmities and wanted to be healed. According to their report, here's what happened next....


Twenty strong Full Gospel Tabernacle Church members led by Pastor Delvin Yong left the city of Kota Kinabalu at 7 a.m. and headed for Kiau village. After leaving the main highway, the off-road journey into Kiau Nuluh village was tough and eventually we reached Sadib Miki’s house at 9:30 am.


We prayed to God asking Him to release His power and authority through us as we would carry out the Great Commission for Him---to heal the sick [as part of proclaiming the kingdom of God]. Kiau village has about 800 people who are from the Dusun Hill tribe. The majority of them are Christians but most seldom go to their churches to worship God.


After Sadib Miki was healed in the Elijah Challenge Healing Rally in the city of Kota Kinabalu on October 11, 2009, he testified about the power of God in his Sidang Injil Borneo Church in Kiau village. Many of the villagers wanted to be healed just like Sadib Miki.


Today there were about 77 villagers, mostly elderly people, who turned up at Sadib Miki's house to hear the good news of "God's Healing Power." They believed and trusted that God would heal them. They confessed their wrongdoings and would testify if God healed them. Twenty-five requested healing and twenty-three of them were healed. Twenty-two of them testified that the power of God had healed them and gave Him the glory. One old lady [who was healed] did not testify. A man who had suffered from a stroke and a disabled child needed more ministry.


We thank God for revealing His power and authority. The twenty strong FGT church members ministered with mountain-moving faith, and twenty-three Kiau villagers were healed. Sadib Miki said it was the first time the villagers saw that the power of God was so great. They will all go back to their churches to worship God.


We will keep on carrying out more Elijah Challenge Healing missions. Praise the Lord!


You can look forward to hearing more of their reports when they go into an unreached animistic village to heal the sick, proclaim the kingdom of God (Luke 10:9), and plant a new church! Praise the Lord!

Posted by revalbertkang at 10:21 AM No comments: