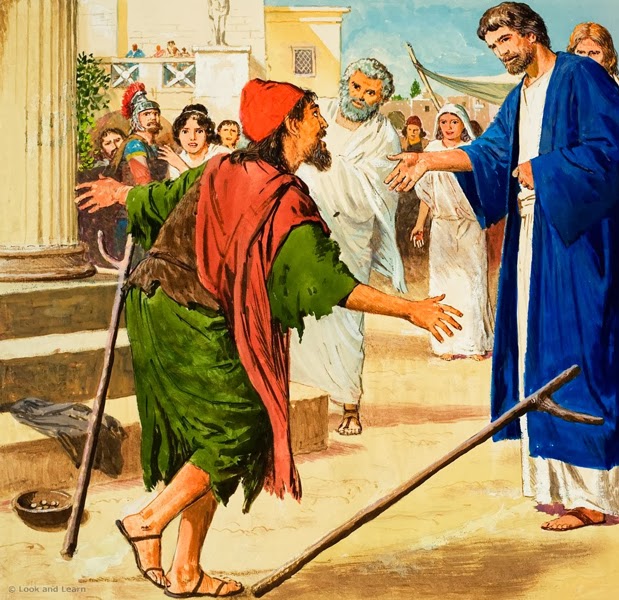 Grace and I visited a shop in Puchong, Malaysia, to get our picture frame fixed. While the young frame-maker was cutting the glass, an elderly man shuffled into the shop. Both his knees had become deformed and curved inward towards each other. When he walked, his movement resembled that of a penguin walking. He turned out to be the young man’s uncle. As we smiled at the elderly man, the Holy Spirit prompted me to heal him. I looked at Grace and she had also received the same prompting. It is quite common for us to simultaneously receive such type of prompting from the Holy Spirit and the result is usually positive. We looked at each other for a moment and fully understood what we had to do.

As the elderly man settled himself behind a desk, we quickly struck up a conversation with him. He talked much about his involvement with a local political party. He was also quite dedicated to the work in his Taoist temple. When asked about his view on Christianity, he was very amiable. He said that he appreciated the Christians because “they are good people”. He disclosed that a church was conducting their weekly service in the shop space next to his shop. When the worshippers needed to use toilet facilities, he would gladly let them use those at his shop.

We then asked him about the condition of his legs. He revealed that he had an accident about twenty years ago and had since become crippled. Was it inconvenient and painful for him? He said it was not a problem because he had gotten used to his crippled legs. We told him about Jesus and that the Lord could heal him. The man felt that the healing would be unnecessary because after all those years, he had become used to his handicapped condition. We insisted and after some hesitations, he relented.

The man apologized as he took off his shoes. We laid our hands on the deformed knees and crooked shin bones. We did not pray for healing. We simply applied our God-given authority and commanded the legs to be healed in the name of Jesus. After that, we asked the man to walk. He smiled as he walked up and down. He said he felt so much better. For three more times, we laid hands and commanded the legs to be healed. After every command, his legs became stronger and evidently, he was walking much better than when we first saw him. After the final command, he was walking normally and by then, his nephew had stopped working on our frame. The young man was speechless as he observed his uncle walking normally. The elderly man promised to give thanks to God for healing him in the church that was situated next to his shop.

This type of supernatural evangelistic approach is to happen repeatedly in our ministry. God works His miracles when we exercise our ‘mountain-moving’ faith.  Matthew 21:21 is very clear:  "if you have faith and do not doubt, not only can you do what was done to the fig tree, but also you can say to this mountain, 'Go, throw yourself into the sea', and it will be done”.
Rev Albert Kang
Posted by revalbertkang at 2:29 PM 1 comment: