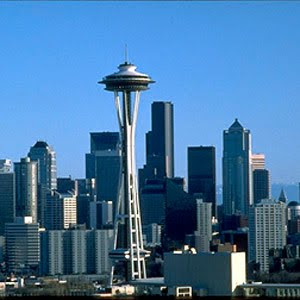 Seattle, Washington
Sunday Evening, May 30, 2010
Dear Partners in the Great Commission,
The meetings this weekend here in Seattle are done, and the Lord's grace was most evident. First we held Basic Training II for the Annual Vietnamese Latter Rain Conference which was held at Thien An (Heavenly Peace) Baptist Church. Following the Training we held evangelistic healing services on Saturday and Sunday evening. The Lord's power to heal through the trained disciples to confirm the truth of the gospel was quite evident. Because of the miracles, fourteen people accepted Christ over the weekend. My nephew Ryan and his wife Crystal (and Crystal's mother Renee) were present throughout, and the Lord used them to ministering healing effectively.
There was also a 63-year-old Vietnamese sister named Christine. The Lord had called this fiery woman to heal the sick and preach the gospel, but she had not been trained how to do it. Last Wednesday evening she just "happened" to be at the Presbyterian Church where I was introducing The Elijah Challenge Basic Training. She knew that this was what she needed, and made plans to come to Basic Training II held at the Latter Rain Conference this past weekend. The next evening (I believe on Thursday) the Lord visited her at her home in a powerful and personal way. Then she came to Basic Training II which began on Friday evening. On Saturday during the Training, Christine ministered to a woman named Ilona who suffered from complete deafness in her right ear as a result of a needle being inserted into the ear when she was a young girl. Christine ministered to her three times, but there was no improvement at all in Ilona's hearing.
But by Saturday evening after the Training Christine was ready for war at the evangelistic healing meeting.  She ministered to Ilona again, and this time the Lord opened up her ear and she could hear Christine whispering into her right ear. Another woman testified of experiencing God's healing power come upon her as Christine laid hands on her. Then on Sunday evening the following day, Christine ministered to two women who were both deaf and mute, one completely since birth. The Lord healed them, and both could repeat words after Christine. She could not contain herself and was screaming and dancing around after the Lord used her so powerfully.
This radical grandmother is now making plans to heal the sick and preach the gospel openly at a shopping mall, and even to make announcements on the radio offering "free healing."
Christine was just one of many of the Lord's disciples who was trained during these past two weekends to heal the sick and preach the gospel as Jesus commanded his disciples two thousand years ago. Plans are now being discussed for another Training event in Seattle on a much bigger scale next year in May, followed by a possible healing outreach in a public venue.
The Elijah Challenge Alumni Club has been established to provide follow-up and evangelistic healing opportunities in public places for the newly-trained disciples. We hope  that this Alumni Club will eventually organize mission trips to Vietnam and other countries where they will apply and teach The Elijah Challenge.
It has been a most fruitful two weekends here in Seattle. Thank you for partnering with us in prayer, dear brethren!
This Saturday Lucille and I are leaving for two weeks to train the Lord's disciples in Australia!
Gratefully in Christ,
Pastor William
Seattle, Washington
Sunday Evening, May 30, 2010

Posted by revalbertkang at 11:52 AM No comments: