Last night we held an evangelistic healing service at Bible Christian Community. To help you better understand the significance of what happened, we want to share with you what happened here three weeks ago.

According to our host Pastor Horacio, a well-known Brazilian evangelist had held an evangelistic healing Crusade for the area churches. But it was a huge disappointment. The preacher spoke mostly about himself. He also promised that people would be miraculously healed, but no one was healed. When it came time to receive the offering, he would not allow anyone else to touch it---the entire offering belonged to him and to him alone.

This was especially disappointing to one of the host pastors of the event---Pastor Horacio himself---whose ministry due to circumstances completely beyond his control had suffered from a recent financial setback and left the ministry about $3,000 in debt.

After such an experience the people came last night with some reservations, not quite knowing to expect at another evangelistic healing service. But the Lord was gracious and did not disappoint them. He enabled us to preach the gospel with power. After the preaching the many trained disciples fanned out against all four walls of the sanctuary ready to heal the sick to demonstrate that Jesus Christ had authority to forgive sin and save from condemnation in hell through His atoning death on the cross.

The Lord used them powerfully as they ministered with great perseverance as they had been trained to do. There were perhaps twenty testimonies, and some of them involved powerful healings that we do not often see. One young man climbed up to the stage to testify that since the age of twelve he suffered from a debilitating disorder which for all practical purposes had paralyzed him. He could not ascend or descend stairs unassisted. But in front of the crowd he was able to climb up to the stage and down again by himself. (See his photo below.) Ladies who had been delivered from incurable conditions like the woman with the bleeding in Mark 5 testified through tears that Jesus had healed them. It was an unusually powerful evening for us who have held many such meetings. 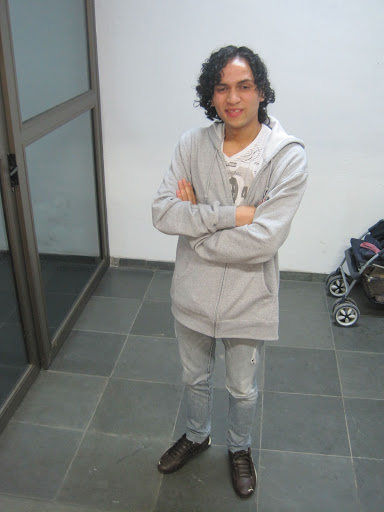 At the end of the service an offering was taken. Recall the people's disappointment with the evangelist who had ministered there three weeks earlier and had insisted on taking the entire offering for himself. How would the people give this time?

Let us put it into context for you. The typical offering for an entire month received by Bible Christian Community totals about US$2,000. Last night in a single service God's people gave US$3,000---the largest offering they had ever received in their history! And this was the amount their ministry needed to cover their debt! (We are delighted that this offering went entirely to the church.)

Praise the Lord for His wonderful grace. We rejoice that we can be a blessing in this way. Thank you for interceding for us, dear brethren ~ 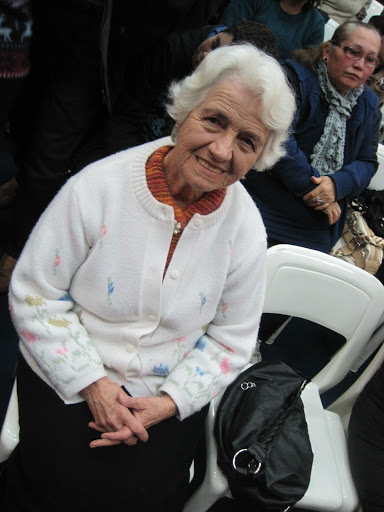 We would like to share with you what happened at the Friday morning session of The Elijah Challenge Training last week. There was a brother named Jim Edwards who had come, but acknowledged to us before the session that he had difficulty believing that the Lord could use him to heal the sick.

A gentleman named Dick Gethin had come to the session that morning at the invitation of the above-mentioned Brother Jim who is a friend from work. Dick had had four stents placed in his arteries to treat breathing problems and pain above his heart. During the demonstration of healing at the first session, Dick came forward for healing. We called a surprised Jim to come forward to minister to him. Barry Chabu of Georgia also came forward to minister. As Jim and Barry laid hands over Dick's heart, Lucille led them in exercising their authority in the name of Jesus Christ.

After the first time of ministry, Dick reported still feeling pain in his heart. They ministered a second time to him. After the second time there was no more pain. We asked him to run around the sanctuary. He did so. Returning to us at the front, he testified that his heart felt fine. Normally Dick would have felt definite averse consequences.

Yesterday (June 29) Dick went to see his Houston cardiologist Dr. Leachman for tests. Today Dr. Leachman called him to inform him that all the tests showed that his heart was completely normal. HALLELUJAH!

An emboldened Jim Edwards is now ready to launch out to minister healing in Jesus' name to people at crowded public events in Houston, and has invited Brother Kurt Simms to join him! (Do pray for Jim and Kurt as they reach out to the lost.)

Praise the Lord for His wonderful grace. Thank you for interceding for us, dear ones ~

Bro Bill
www.TheElijahChallenge.org
Posted by revalbertkang at 2:42 AM No comments: