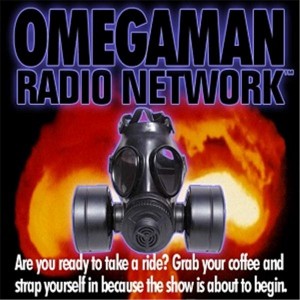 On 18 May 2011, Pastor William and Pastor Lucille Lau were in Houston and taught the Session II of the Basic Training on Omega Man Radio over the internet. Today he received a testimony of a miraculous healing the Lord performed through a disciple named Marc who had listened to the webcast. Please take a moment to read it below!
-------------------------------------------------
"On May 18th I listened to a broadcast you did with Omega Man Radio. I have been listening to your teachings and they have been very encouraging for myself and my family. It was 2 days after that broadcast my daughter became ill with flu-like symptoms almost like a bad cold. That morning she woke up itching her entire body severely to the point were it was bothering me to see. There were large bumps all over her legs, arms, back, and even her face. The doctor said the day before that it was a reaction her body was doing by fighting of the bad cold or flew she may have had. To continue, that morning she was digging and crying because the itching and swelling would not leave.
So I had decided that I was going to use your teachings and have the Lord heal her with the authority you taught. I had just came off a 24 hour fast and new this was the time to step out in faith. By fasting and praying the day before I felt that the Lord had prepared me for this. So I went up to Sierra my daughter and said to her Jesus can heal you. I then laid my hands on her legs and began to command the skin disease or virus to leave in the name of Jesus with authority. After I had her stand and walk around and asked how do you feel.
She said the itching was not bad anymore, but the bumps were still present. I then said we will pray again and command this to leave and command complete healing of your skin. So I had laid hands on her again and prayed. After the second time the itching completely stopped and she was feeling good enough to start playing again. That was when I left it alone and waited. After about 1.5 hours. I asked Sierra to show me her legs. To my amazement her legs were completely healed and no dig marks or red marks, nothing, the bumps were completely gone! Her head, arms and back still had bumps, so before I went to work, I laid hands on her again, this time on her arms, and then on her head.
After I went to work and called home about 1.5 hours later and asked my wife how she was doing. To my surprise her whole entire body was healed not a mark or bump on her, PRAISE JESUS!!!! The work and teachings you are doing will show people the power of God and bring them to repentance. I believe that my daughter will never doubt the power in the name of our Lord and Savior Jesus Christ. That moment will give her the ability to call on our Savior by showing her my faith and seeing the healing God had done for her. Thank you brother for what you are teaching it is life changing. May the Lord bless your ministry."